Ma 20, 2016 – We returned to the boat with the intention of going fishing today.     However, it was the first really nice, sunny day of boating we have had in a while, and the weather tomorrow was to be dreary, so we decided to depart for Chesapeake City a day early.     Chesapeake City is at the northern most part of Chesapeake Bay, and along the Chesapeake Canal, which connects the bay with the Delaware river.    Don B flew out from Atlanta to join us, and Bill and Cathy C re – joined us for the trip.    Don is the fisherman, so he assured us he would catch the big one on the way……………….

After a brief run through the Inner Harbour we stopped for fuel – there was a large boat in front of us fueling and the dockmaster said the guy was getting 3000 gallons. Fortunately he paused long enough for us to get our measeley 200 gallons. Diesel fuel now running about $2 – 2.50 per gallon which is cheaper than gas on the water. After fueling up we headed north.

Seas were calm and the trip took about 4-5 hours.   Having spare time, we opted to stop for a bit, try out our newest anchor, and fish.     Bob wanted to test out our immersion suits, which, in emergencies, are designed to keep you warm in cold seas.   He also tried out the new goggles and fins and underwater flashlight to see if they can be used to look at the boat’s undercarriage if something goes awry.     Suffice to say the suit test was fun to watch!   Don, in spite of heroic efforts to fly fish with our casting rods, was unable to snag even one of the Chesapeake’s little fishies.    I’m sure it was the pole Don….. 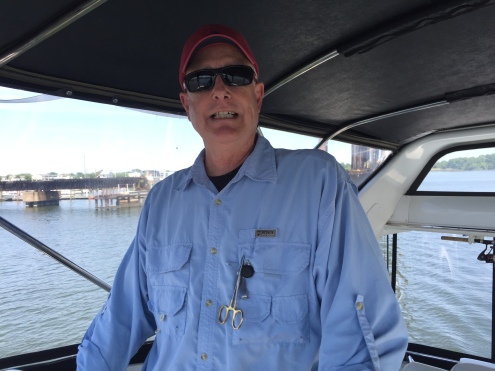 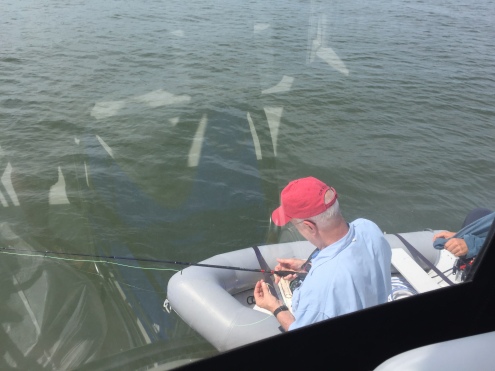 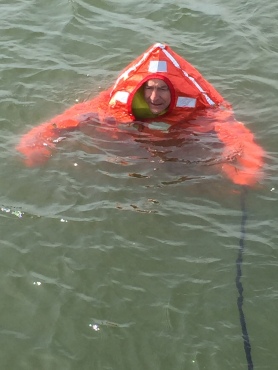 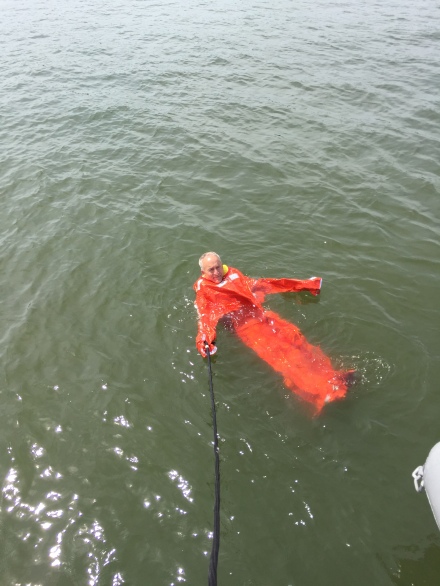 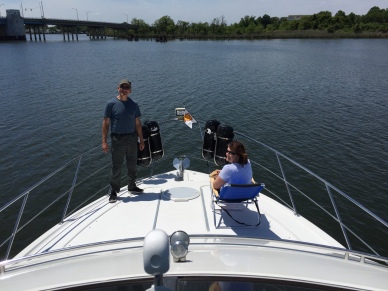 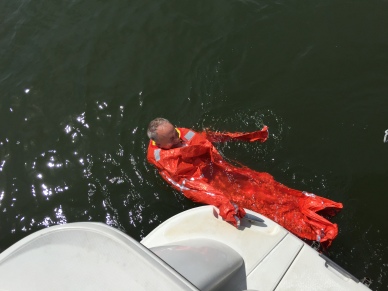 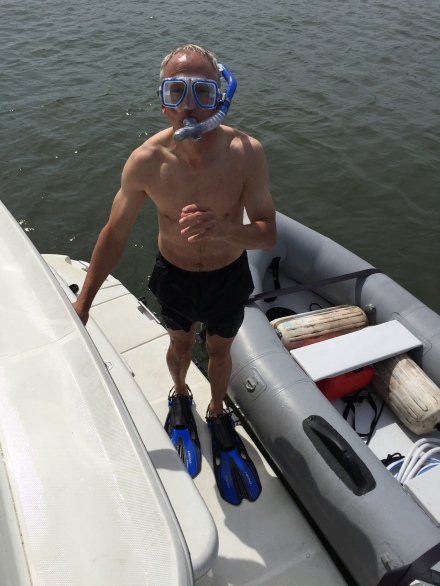 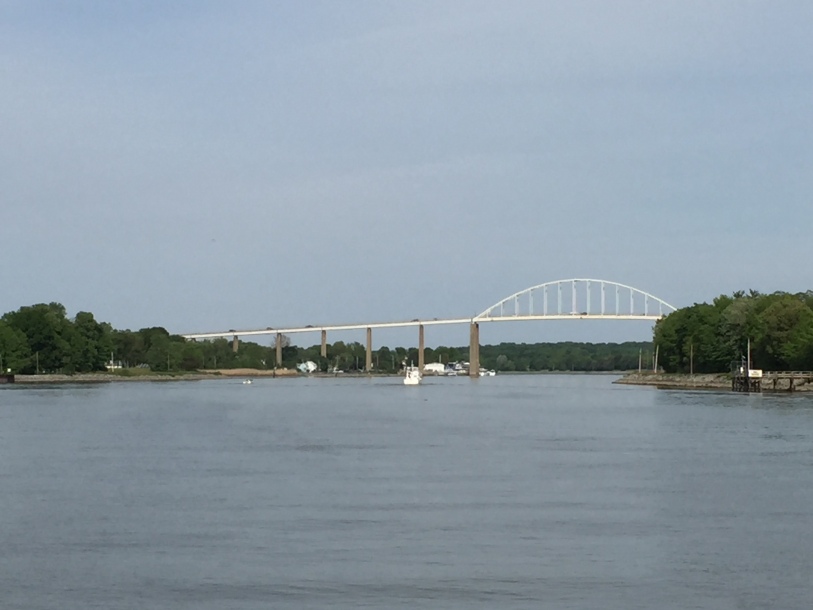 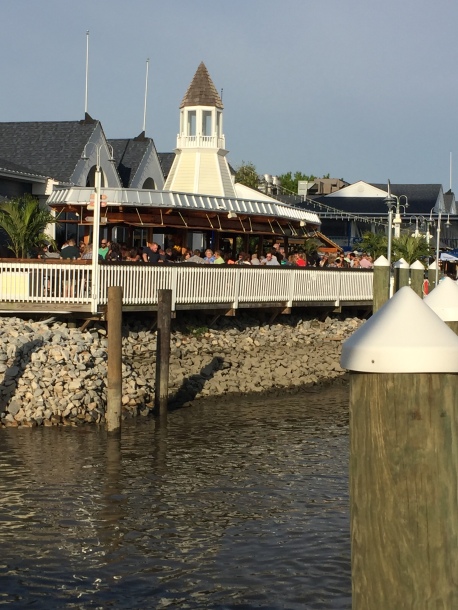 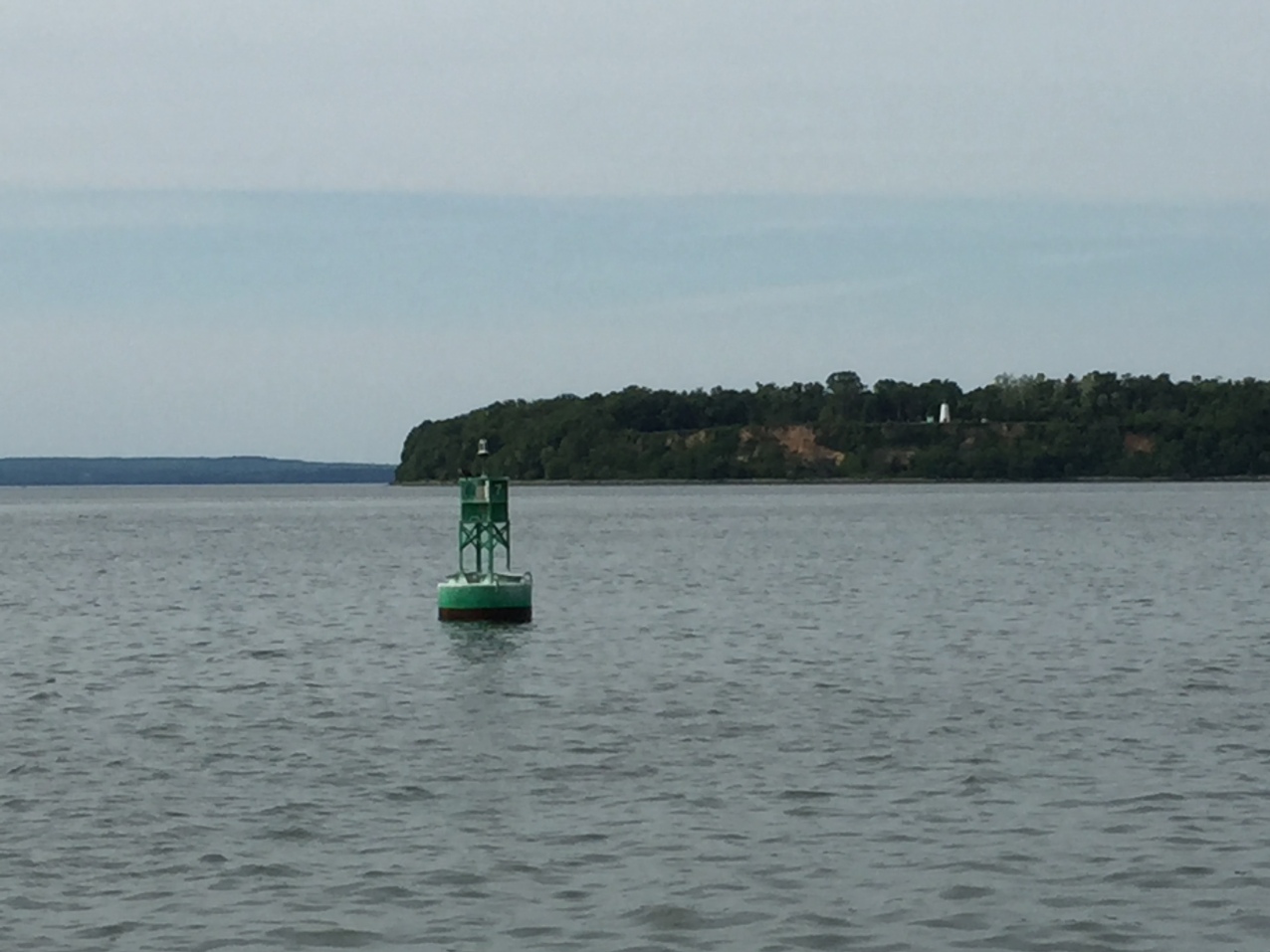 Chesapeake City is in the middle of the Chesapeake Canal, which was started as long ago as the 1700, but which was finished in the 1800’s.   The canal originally had locks on it, and boats were pulled by mule from the shoreline.   The canal was widened and deepened over the years such that now there are no locks, and large ships can traverse the canal.   In fact, late on the evening that we were there, a giant, tall ship went through that looked like it wouldn’t clear the bridge we were near (see pic for reference  as to bridge size- pretty big ship).

In the quiet downtown area, there is a Chesapeake Canal and Corps of Engineers museum.  Back in the day, they used a steam powered water wheel to put water in the upper parts of the canal.   There was no natural water source, so this was the way to keep adequate water levels intact.  Pretty interesting to see, and the original wheel and engine are still intact at the museum.    We stayed one night in Chesapeake City.   The next morning Bill and Cathy were picked up by daughter Joan (first year at Villanova complete – studying Civil Engineering!) and returned to Baltimore the easy way, by car. Despite a dreary steady rain and increasing breeze we decided to press on the Cape May – we knew that if we couldn’t make it due to weather we could just turn around. 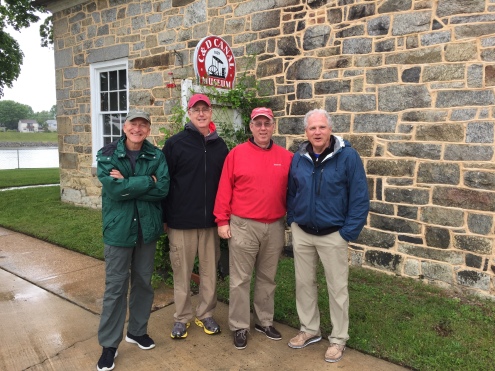 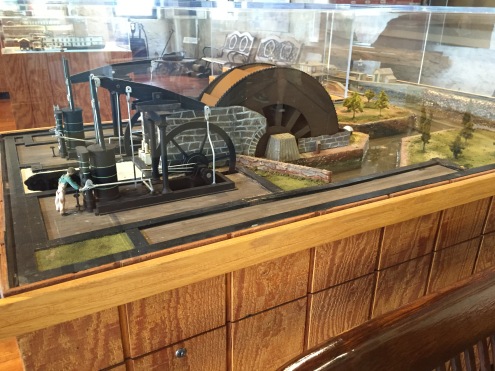 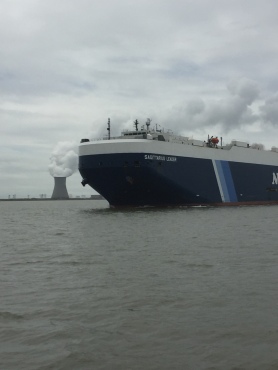 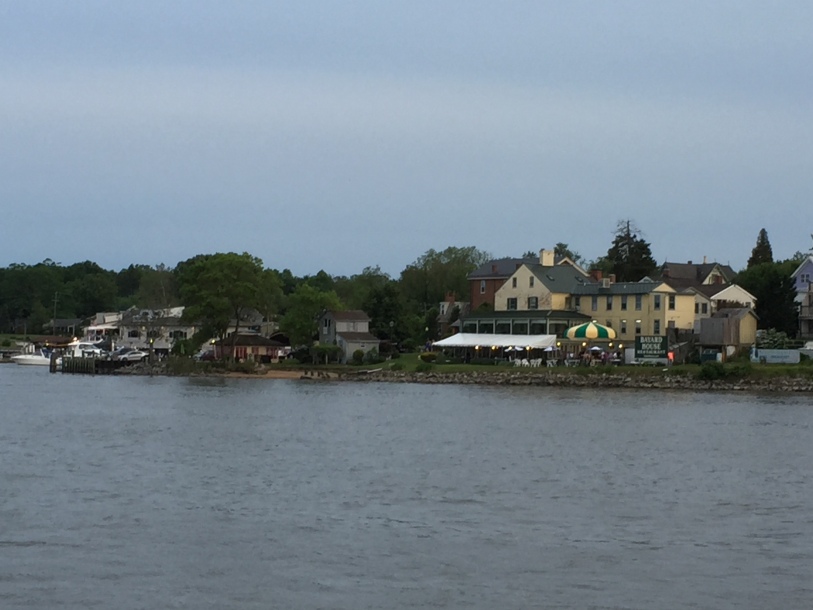