December 8, 2016 –  We returned to Tarpons Springs after the Thanksgiving break for our trip south.   We had a slight fog on the morning we departed Tarpon Springs for St Petersburg so we delayed departure a few hours. This allowed us to do some shopping along the waterfront at Tarpon Springs. Greeks settled Tarpon Springs many generations ago and it has many great greek restaurants.   It’s also a big sponge harvesting area.   There were lots of boats that harvest sponges and shops with sponge paraphernalia.  We picked up some stocking stuffers- sponges and some T shirts, and some to die for sweets at a Greek Restaurant.  We  also enjoyed some fantastic Greek food the night we arrived. 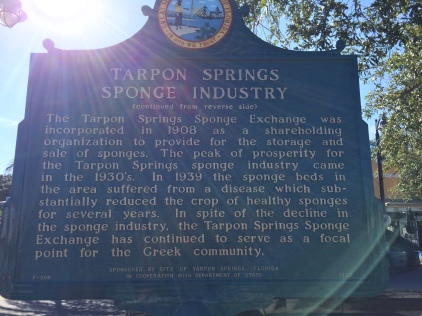 The Journey down to St Petersburg on the west coast of Tampa Bay was a short one but it was slow going, first because of the fog but mostly because the inside passage on the ICW east of the barrier islands is narrow and quite crowded. We also worried a bit about a return of the fog and sure enough as we entered Tampa Bay and headed north the fog started to reappear.  Forging ahead, we made it into the ST Pete City Marina just before the staff took off.

The St Pete City Marina is right in downtown St Pete – great walking through city park and along the restaurant and shop lined  thoroughfares. It was a weekday in mid December so not much going on, but we found a nice outdoor spot for dinner.

Fog on the bay caught us again the next morning and delayed our start south. We left the marina and, as the bay is quite large, we were surrounded by nothing but fog, even though we could see a 1/4mile in the distance.    After we got out of the bay the fog started to lift. We wondered if we could get far enough south given the late start and the numerous no wake zones and shallows along the ICW. We knew the closer we got to Marco Island for the 70 mile jump across Florida Bay to the keys the better and so our target was Sanibel Island. The forecasted worsening wind and wave conditions for Florida Bay was a consideration, especially as we had to be offshore along the everglades.   So, at Sarasota Mike risked all and we took a narrow and shallow outlet to get outside the protection of the barrier islands and into the Gulf itself. A bit scary due to the shallowness, but once outside we raced south and made Sanibel Island just as the sun was setting. Fortunately the Marina restaurant was open and we had a nice supper at what is definitely a beautiful area. 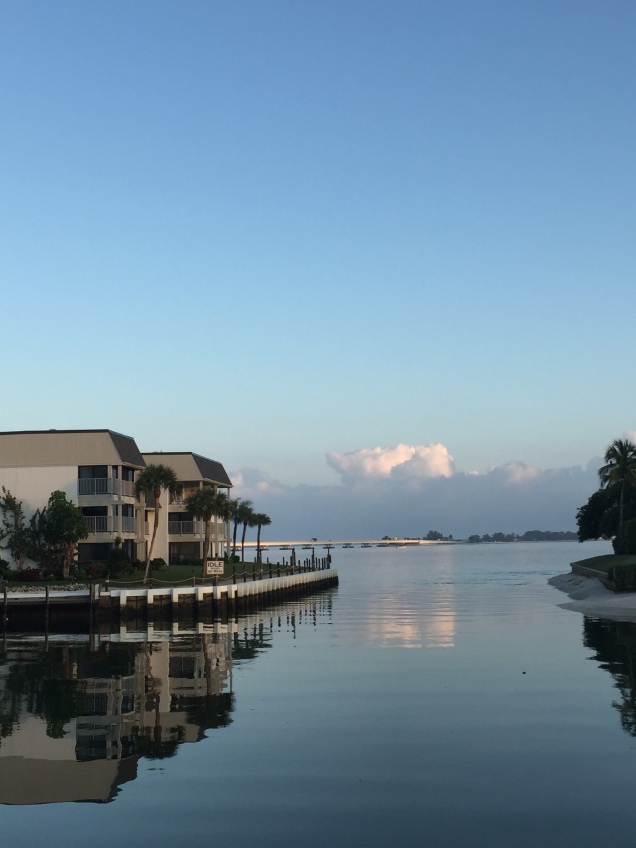 The next morning we had a full day planned to get us to Marathon Key – well over a hundred miles of travel, and about 9 miles offshore. Once we leave Sanibel and head south there really is no turning back- at least after you pass Naples and Marco Island – at that point the Florida coastline recedes to the east and if we had hugged the coast we would see no stopping points (It’s the Florida Everglades National Park) and we would be getting further away from our destination. Many Loopers leave Sanibel and head straight east through Florida on the Caloosahatchie  River and Canal. Rather than loop around the south tipoff Florida as we did they cut across north of the Everglades through Lake Okeechobie and end up in Stuart Florida about 110 miles north of Miami.

No cross Florida canals for us, we were headed for the Keys.  The wind and wave conditions were ideal. Once we started due south we had a stretch of about 80 miles where we had no radio communication and this time no life raft – but we filed float plans with friends and as well have our satellite commo link for emergency purposes. All in all it was a smooth passage though we had to dodge an LOT of crab pots. Even this far from any major port facilities the crabbers drop their pots. We never spied a crabber doing so however. In fact we only saw one power boat until we were within site of the keys. He was a mile or two to our port and like us heading southward.  Interestingly, as we passed him he pulled in and followed us – about ½ mile to our stern.  Musing about the chances this could be a pirate looking to board us in the lonely waters, we reviewed our defense plans. These mainly include “prayer” and “Full throttle and run like hell!”. If that don’t work we can pop a few flares at em!

With Blackbeard visions in our heads, the boat following us gradually faded into the distance as he was a bit slower than us. Most likely, he thought we might be pirates!

We arrived safely in Marathon but first went to a fuel stop for diesel. This required us to go under Seven Mile bridge as the marina was on the south side of Marathon and our marina – Black Fin, our marina, is on the north side. We just barely scrapped under the bridge and then slowly worked our way into the fuel spot in a very narrow fairway packed with boats near us on each side.    After a few thousand miles of travel, and a ton of dock practice, what was once a fearsome endeavor seemed much less stressful.    Getting back to Black Fin was also a trick– narrow and quite windy. We managed it, then had to move to another slip because the power at our first slip was not working.  Ah well, the boaters life!!

We had an extra day at Marathon and so were able to visit Crane Point Museum – a preserved bit of old Florida Keys in Marathon. Has a neat bird sanctuary, a great walking trail through mangroves and a really cool house overlooking Florida Bay which was built in the 50’s which will some day be restored.

Our old grad school mate Vinnie joined us for a day, and took us on a tour of this part of the keys.    Vinnie lives in Miami, and is going to join us along with others for the trip from Marathon to Miami. 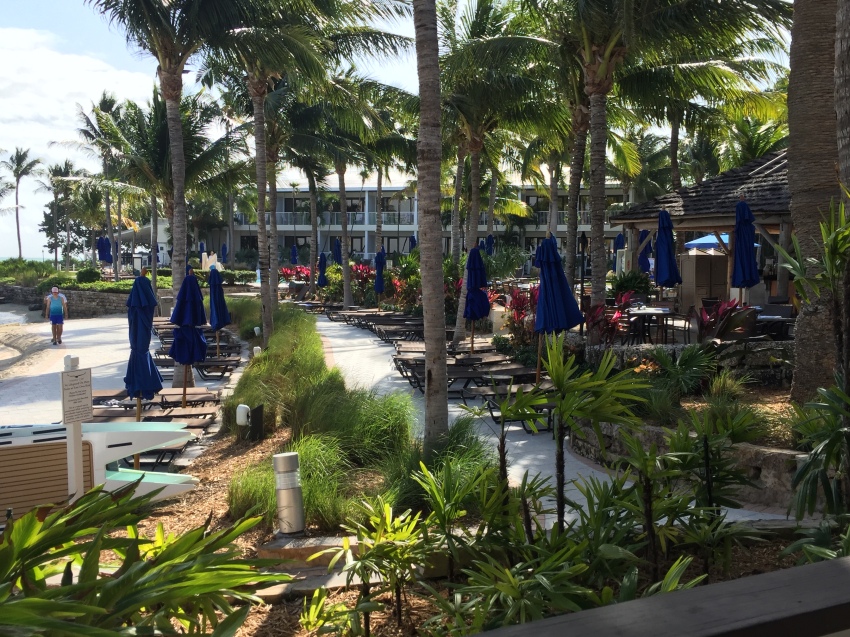 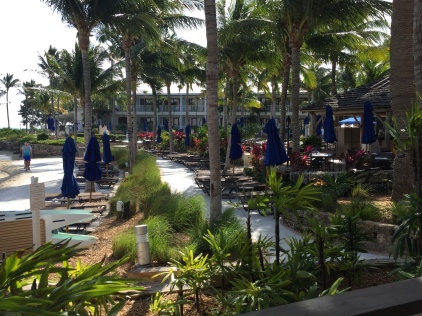 After a couple of days in Marathon, we cleaned up the boat and returned to our families for Christmas holidays and looked forward to our last leg around to Stuart and the Gold Burgee!