Cape May to Atlantic City

The weather was once again, lousy, but we persevered.     The trip all the way to Sandy Hook, where you turn into the bay for New York City, is about 100 miles, and the fastest way is “outside” in the Atlantic.  You could technically take the New Jersey intracoastal waterway, but it is poorly maintained and shallow with shoaling in many spots.    As a result, and with a strong desire to avoid a grounding, we go outside.

After taking a pounding in rough North Atlantic seas for an hour or so, we decided that comfort was important to us and headed into Atlantic City, about 40 miles or so from Cape May.    Bob and Mike, being big gamblers, immediately headed to the penny slot machines.  Not really, but we did stay at the Golden Nugget Marina, and we did put $20 in slots – gone forever…….

We met several people at the Golden Nugget Marina who had also pulled in due to the bad weather. One guy – Dave from Michigan – sat down a bit too emphatically on one of the aft deck chairs and busted it. Oh well, another run to Wal Mart. We also met a couple who were returning from Florida to Burlington Vt. They gave us some good pointers on where to stay and where to go in Burlington.

Atlantic City seems to have fallen on tougher times these days, as many casinos were closed.    The board walk was pretty interesting though, and let’s just say the clientele made us seem like youngsters again!. The few casino’s we walked thru were pretty depressing.  Smoke filled, dimly lit and not too busy. Summer season has not gotten underway on the Jersey coast. 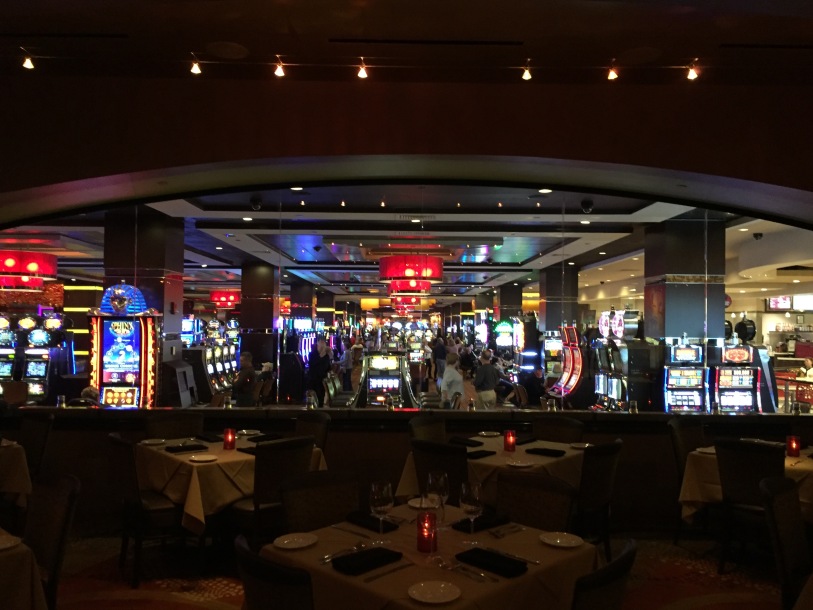 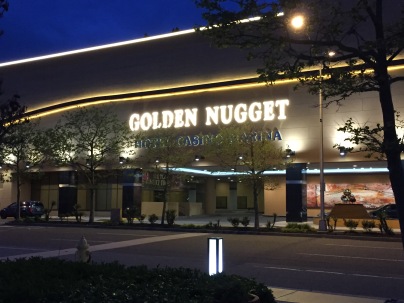 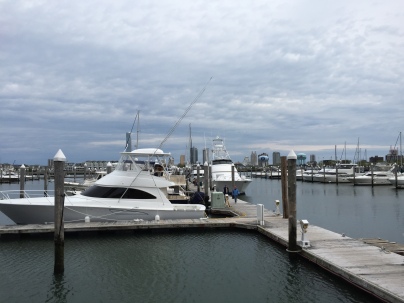 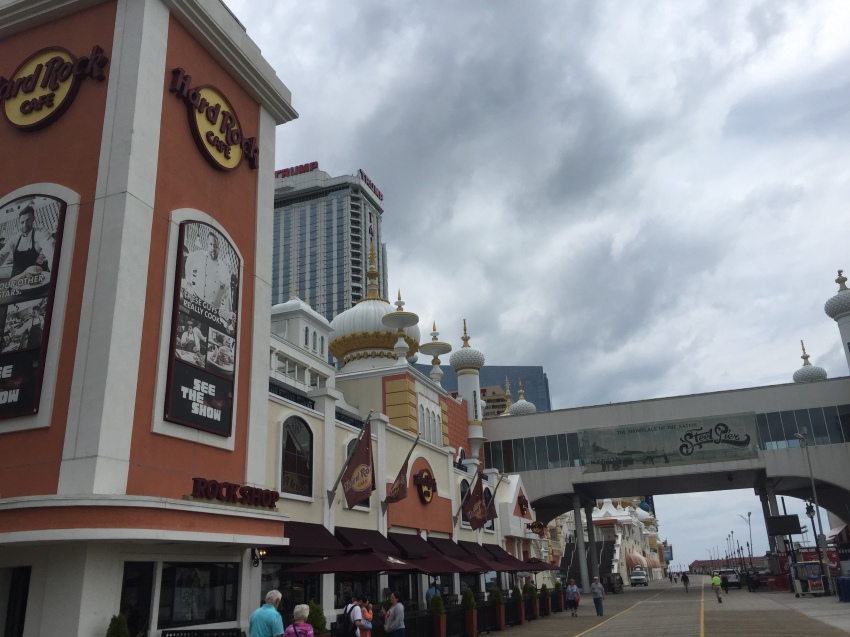 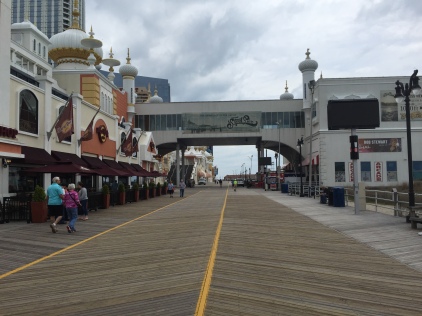 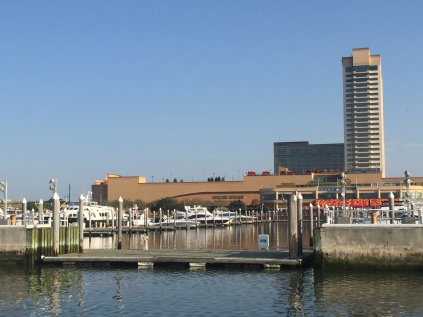 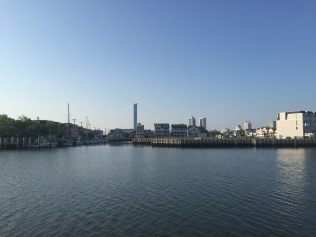 After consulting numerous weather sites, we determined that it was necessary for Evening Star to stay 2 days in Atlantic City – can’t miss that evening buffet at the Golden Nugget!   The weather was actually rough that day ( wind and waves in the North Atlantic again!), so we stayed one more day then headed out to Sandy Hook – yes, the one where the hurricane was a few years ago as it is the entry from the Atlantic to NYC.

The extra day allowed us to catch up on our real work – well at least Mike has real work, Bob is a layabout. However, Bob mostly runs the laundry detail and got a couple rolls of quarters and headed over to the Marina Laundry. Note to future guests – if the white towels have a hint of red or blue, well, laundry ain’t my speciality! Extra day also allowed us to stop at our local favorite, West Marine, and replenish our spare parts inventory. That’d be the stuff that clangs and rattles under the fore cabin bed.  We also rigged up a flag pole for the stern and added some flexible flashing for the isenglass at the helm.

Next – off to Sandy Hook.