June 13 & 14, 2016 –  Leaving the boat for a week, Scott and Kaity headed toward Washington DC (on a train), and Evening Star stayed at the marina while Bob and I headed home to catch up on things.    Returning on the 12th, we were joined by Lynn & Scott from Seattle.    The weather had gone from sunny and 80 degrees when we left to cold, rainy, and windy upon return.    Our first night back, and Scott & Lynn’s first night on the boat, was the most rockin’ night we have had, with the boat pitching and rolling all night due to the wind and waves.  Miserable for us, but Scott & Lynn claim to have slept like babies………

With concerns that the weather might be too bad to travel, we decided to try  our luck anyway, and headed out on the 13th, hopefully into Canada, knowing that we could return if the weather was too rough.    Initially, the weather and seas were rough, but our new “turn back” rule (3 waves over the top of the boat and we Definitely  turn back) was not invoked, and after a few hours the sun came out and things calmed down.

Aware that diesel prices would more than double in Canada, we stopped for fuel at Rouse Pointe, just before the Canadian border, and got some tips from the marina owner on what to do and where to go on the Chambly canal, which is where we are headed tomorrow.

Customs and entry into Canada could not have been easier.   There was a customs office on a spit of land about a mile north of the border.   After convincing them that Scott was not an illegal Alien (yes, the UFO variety), the agents took a cursory look at our passports, asked if we had any fruits and veggies, we said no, only the essentials, alcohol, sugar and caffeine, no weapons, and we were allowed to proceed. 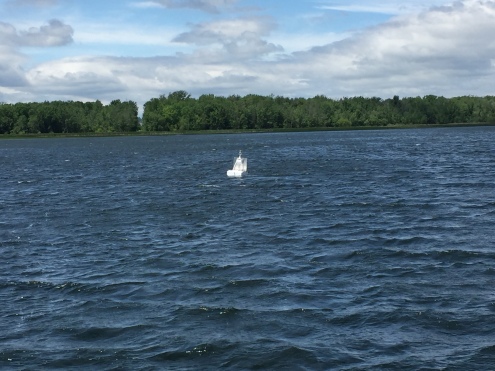 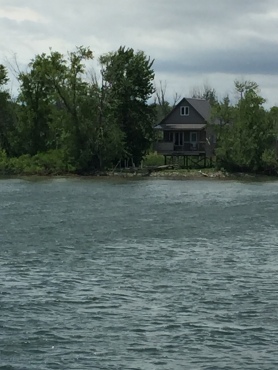 Heading north, we motored up the Richelieu river toward St Jean, a city at the start of the canal system.  We docked at the “blue line” which is a painted line on the dock.  If you park there it lets the canal folks know you want to enter the canal and lock system.   We spent the night on the lock wall, free dockage but no electric or water connection, and walked around the old part of St Jean.   Fish and Chips at Captain Pouf’s eatery was recommended and where we ended up, and yes, they were really good! Editor’s note – Was very helpful that Lynne speaks French because we tried pig latin and it didn’t work. 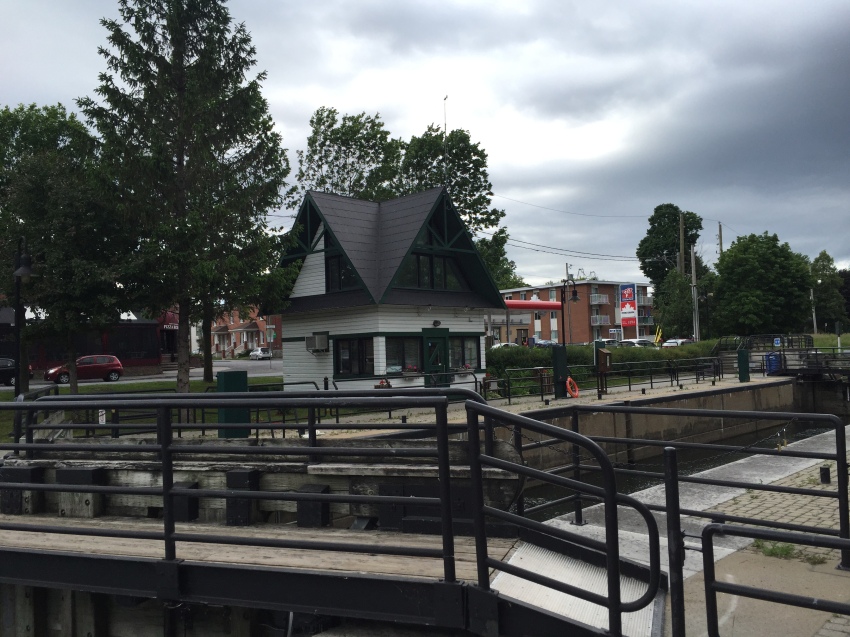 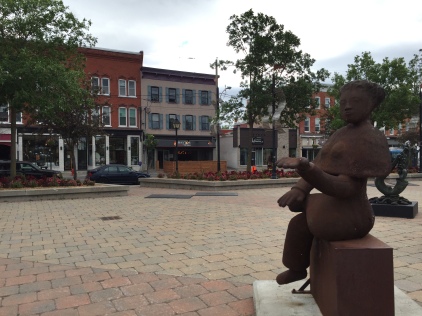 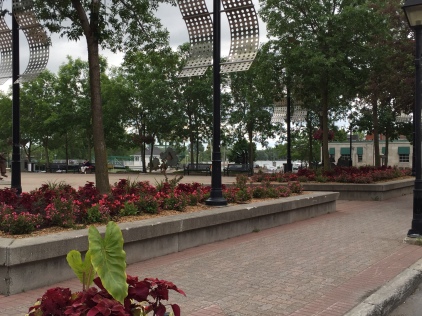 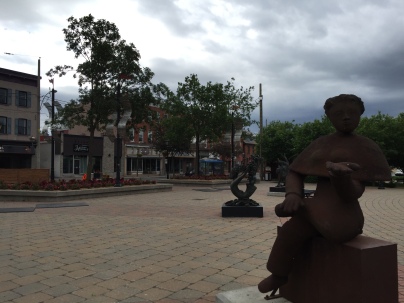 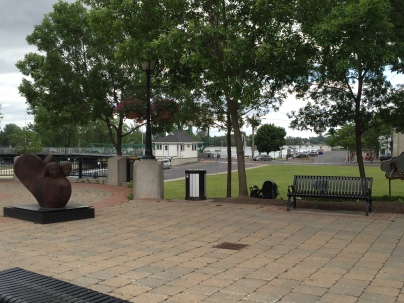 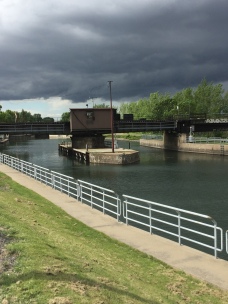 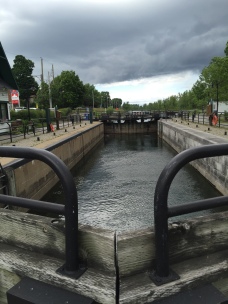 There are 9 locks on the canal, and most are operated by hand.   The Parc Canada folks open one lock, then drive ahead to the next bridge or lock to operate that one for you.    Eventually you are handed off to another set of folks that cover the remaining locks.

The speed limit on the canal is 10 kilometers per hour, or 6.2 mph.   Too slow and they urge you to speed up to get through all the locks at the expected time (our experience).   Too fast and it’s speeding ticket time – for going less than 10mph! You’ll see from the photo’s that the weather was ideal and there were not many boats on the canal.

The lock gates themselves are wood, and are really cool to see operate.    Transit took about 4 hours, and we ended up in Chambly, a beautiful little town right at the locks.   The town lies on Lake Chambly,  a smallish lake where the locks end, and you enter the lake through a flight of 4 locks that drop you to lake level.     Very cool! 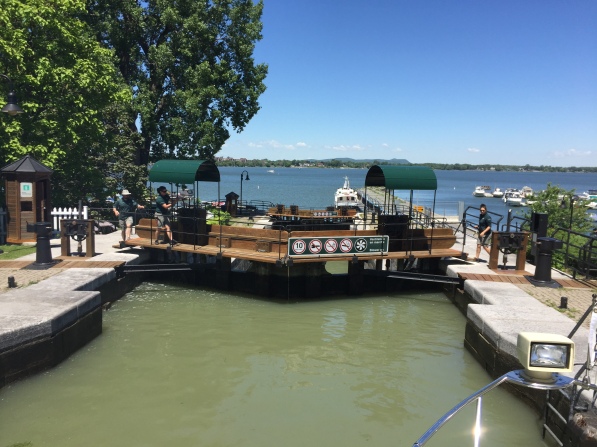 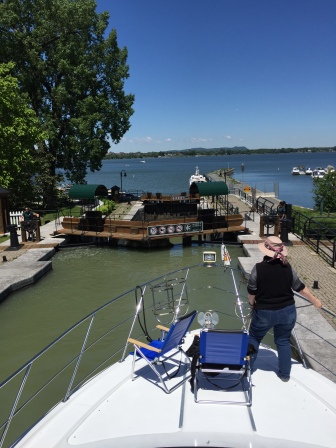 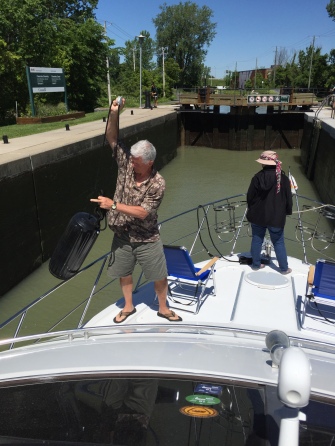 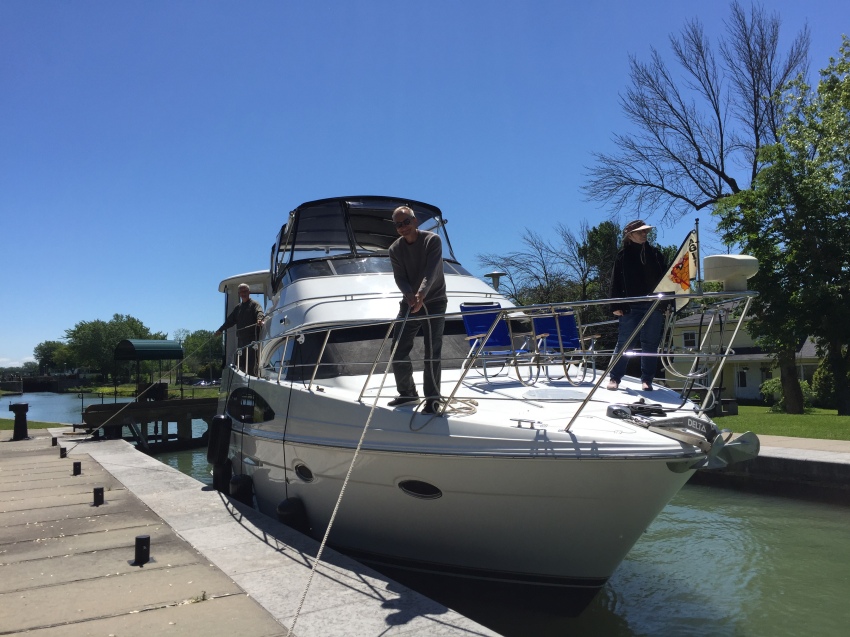 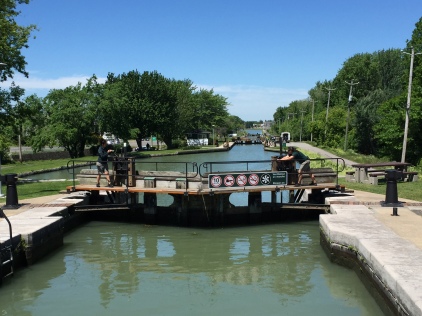 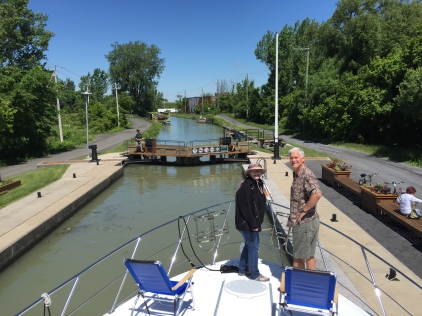 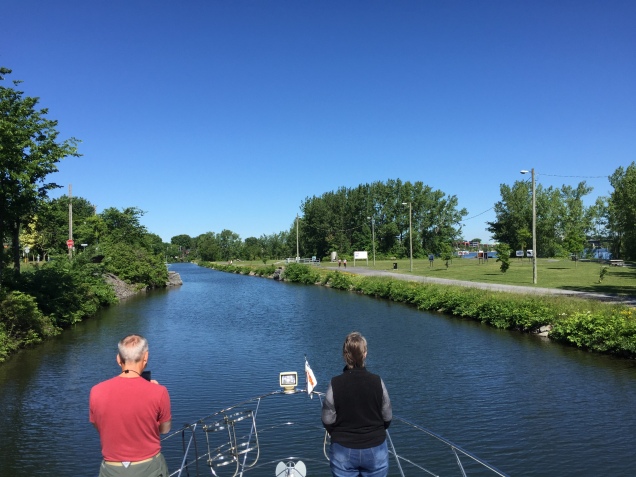 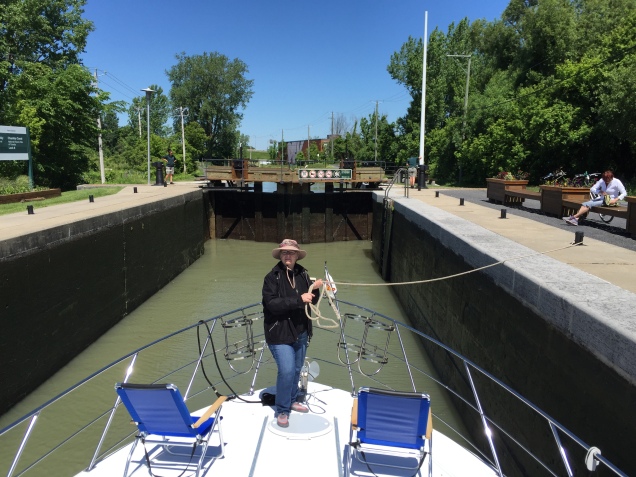 Downtown Chambly has a bunch of great looking food places, and several parks and bike trails.    Lots of activity for a Tuesday there, and there was even a public piano that anyone could play in a small park.    The parks are beautiful, with lots of flowers and art on exhibit. 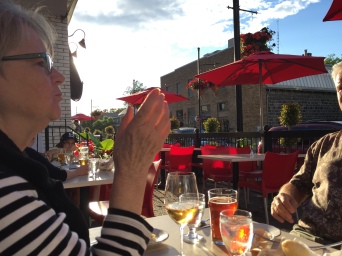 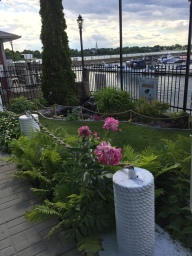 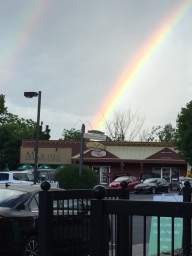 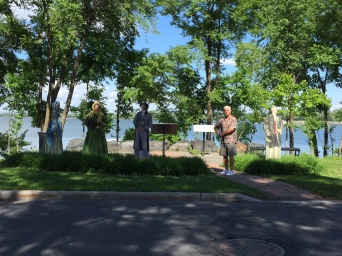 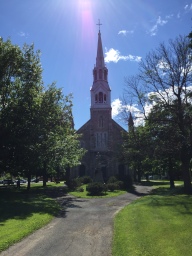 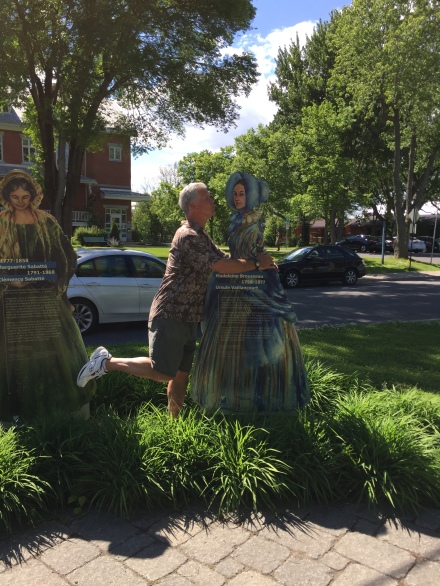 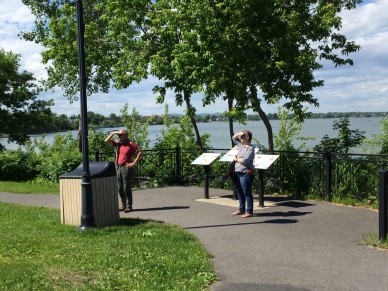 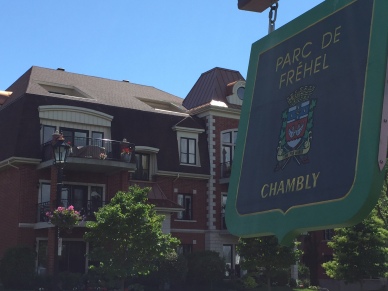 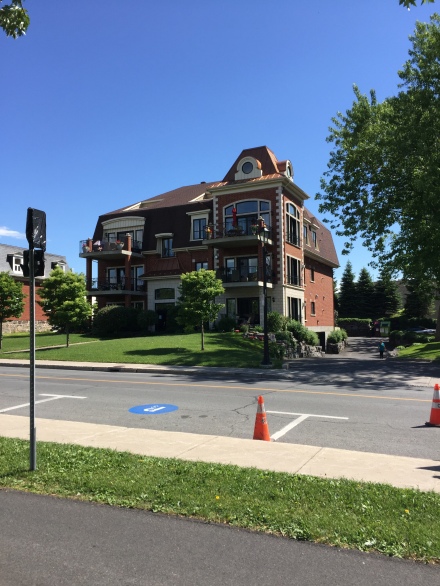 Tomorrow we depart early for Montreal.   This is a long day’s travel, about 90 miles, with much at the mandated 6.2mph speed.