June3, 2016 – Fort Ticonderoga was only 3 miles from our marina, so we headed over in the morning to take a look.    The best access was to approach by boat, anchor, and use the dinghy to get to shore.   Since this is our first real dinghy test (Wayne had taken it out in Southport NC, but with only himself on board), it was sure to be an adventure!

Anchoring was pretty easy – we left Evening Star alone just offshore from the Fort, with her stern guns aimed directly at Ticonderoga.    After some drama getting the motor started (Mike got it going in gear and well, took off alone!), we all got onboard and headed ashore with minimal drama.  FYI – no anchors were harmed or lost during this event!

Stealthily approaching the fort from shore, no British, French or American forces took notice.   The fort was at one or more times was occupied by each of these countries, but today was a slow day.  Fort Ti is actually pretty neat.   There was a musket firing, and you could appreciate what it would have been like to be there during a battle.  The fort and area surrounding it was originally in use as far back as the late 1600’s.    The French originally built it to prevent the British from coming north during The French and Indian War, and when captured by the British it was used to prevent the French from coming south.    During the revolutionary war, the Americans captured it and used it to prevent the British from coming south.   All in all very interesting. 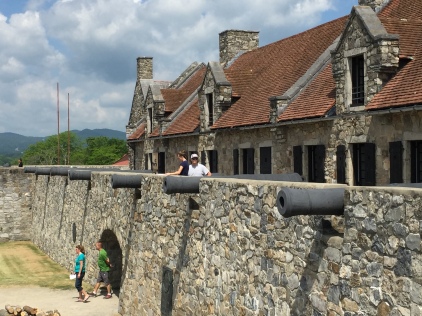 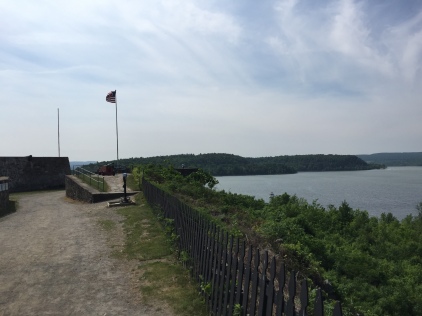 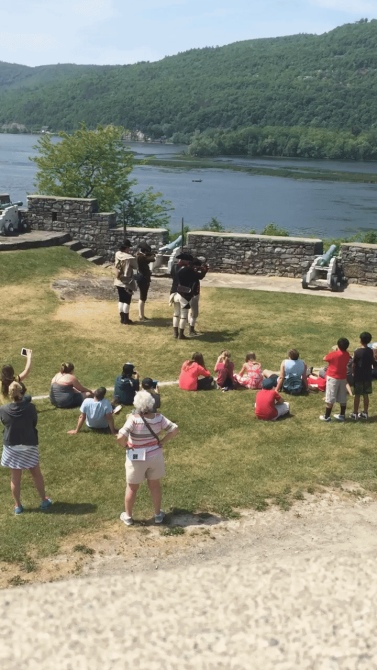 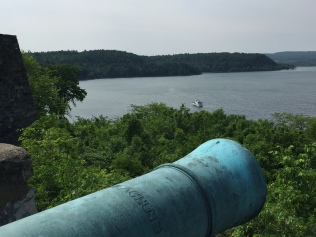 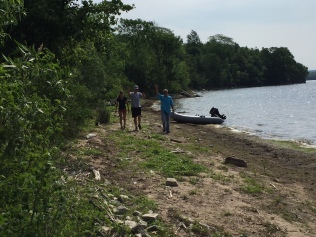 Leaving the Fort behind, we headed north on Lake Champlain to Burlington.   The lake was gorgeous, clear water, Adirondacks to the west in New York, Green Mountains in Vermont on the right.   After stopping for fuel, we came upon some guys jumping off a cliff and having a great time.  We shot some videos of them, spoke with them and sent the videos along.    The water at the bottom of the cliff was over 40 ft deep! And btw our depth finder went to 400 feet in the middle of the lake. No doubt Lake Huron and Michigan will prove even deeper.

Our very own diver, Bob, decided to take the plunge and look at our rudders and props to check their condition.    Bob had the mask, fins, flashlight and Scott’s gopro at the ready.   The video from the gopro, and Bob’s thorough visual inspection, confirmed no problems and all was ship shape, and thanks to Scott we have the video to prove it!    Hold your breath Bob is his new nickname! 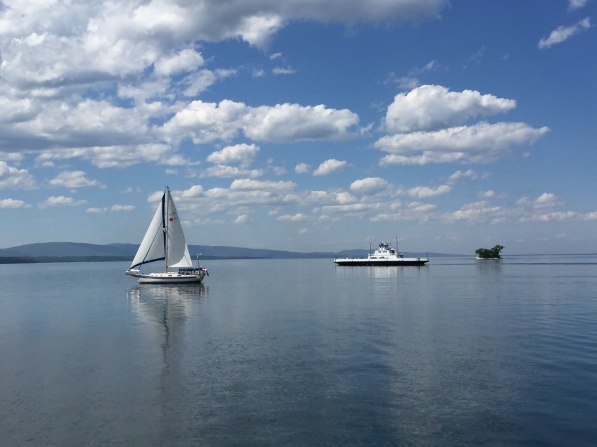 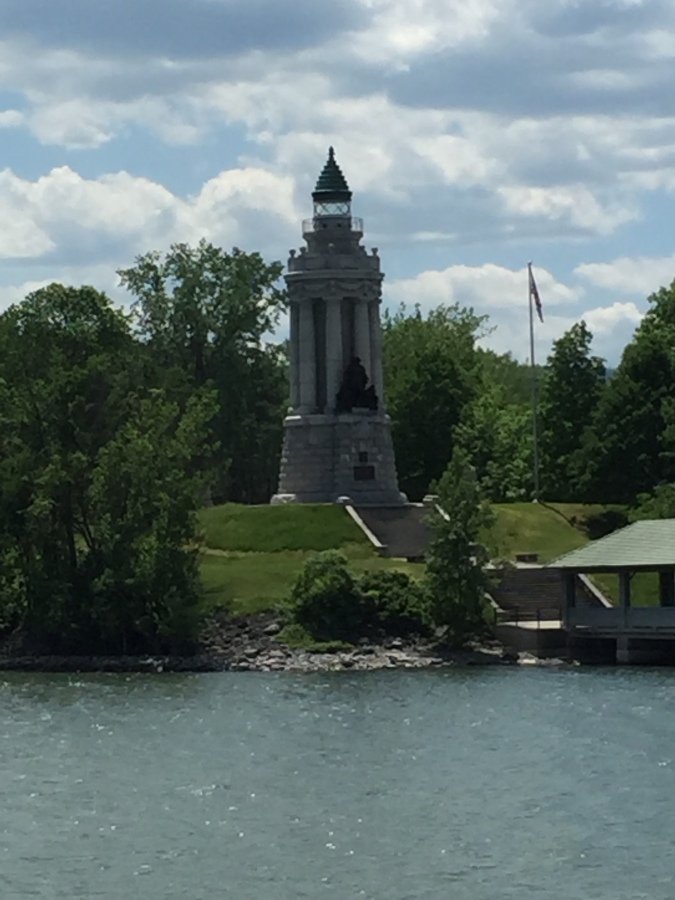 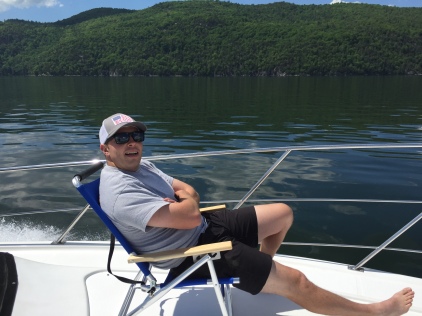 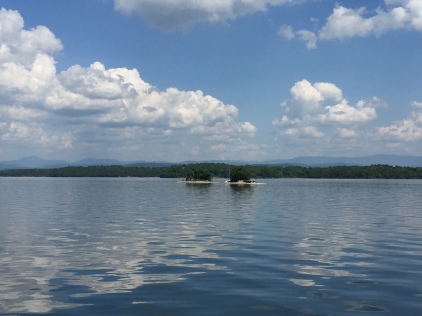 Burlington is a great town.   There’s a Jazz festival going on and the streets were crowded as the evening began.  We are here for a few days, then headed back home for a week, only to return and head to Canada for the longest single stretch of the trip.

One side note – the locals call soft serve ice cream “creamees”.   Of course since we are trying to sample the local cuisine in all ports, we had to try some.    Delicious, no matter what it’s called! 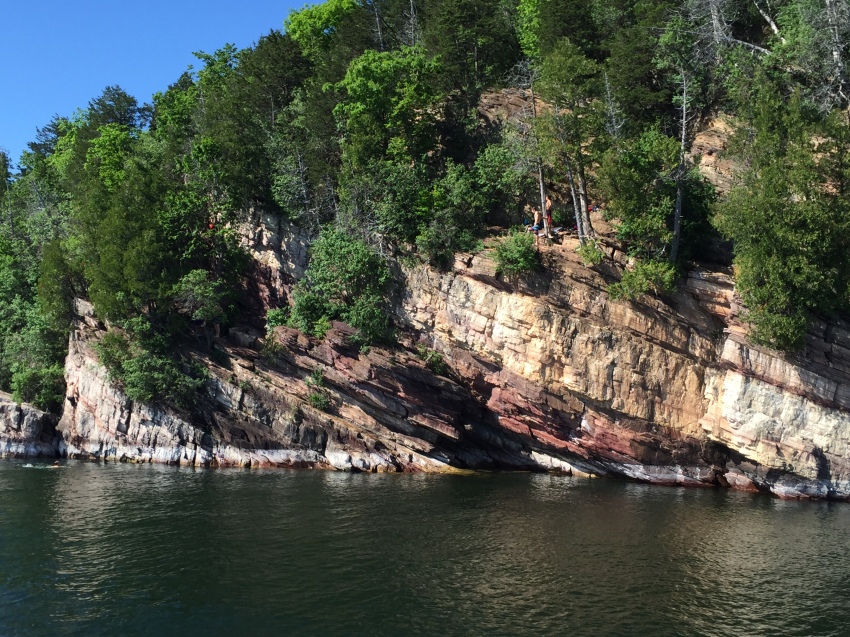 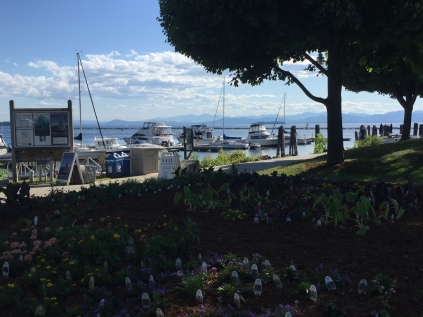 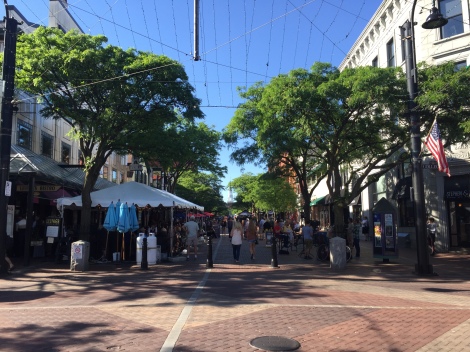 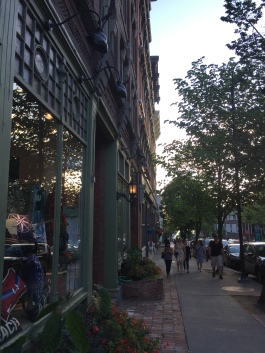