April 29, 2016 – We left Bellhaven in a fog…….and not from the Sangria last night.  It was very much rainy and foggy at launch today.    Traveling on the Pungo River, then the Pungo/Alligator river canal, finally on to the Albermarle sound.   Although much is written about how rough the sound can be, it was actually pretty calm for us.

After some discussion, the decision was made to bypass Manteo, and go ahead to Coinjock.  Manteo is about 20 miles out of the way, and we want to get to Norfolk reasonably early tomorrrow to see the sites.

Coinjock is a sleepy boater town with not much more than a couple marinas.  Evening Star arrived about 4:30 with all 5 souls aboard (on a side note, those with a nautical bent will appreciate that is it VERY important to have the same number of souls arriving as when we departed).

We had called ahead to reserve a spot, thinking there would be plenty of space available.  We got a reservation, but amazingly it was booked solid – something like 44 boats staying overnight here, including a 200 ft Cruise boat that travels the intracoastal waterway.  Apparently the marina stays this way from April to June, since it is one of the few marinas in the area, and anyone traveling the intracoastal stops here because it’s a natural overnight spot between Beaufort NC and Norfolk VA.

At least a half dozen boats we passed along the way showed up later this evening.     Once again, dinner was good (at the crowded marina restaurant that sounds like bad marina food, but was actually pretty good).   No one would try the 32 ounce prime rib special, which is apparently well known in boater circles!

We traveled about 85 miles total, with a 55 mile trip tomorrow.    It wasn’t the prettiest of days, but it was kind of fun to travel with some overcast skies – seemed cool somehow! 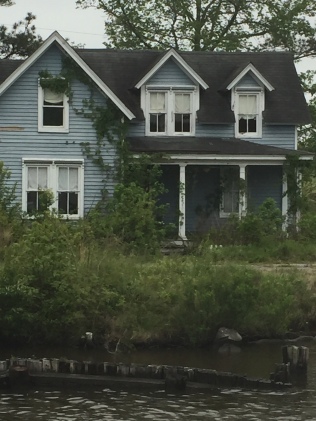 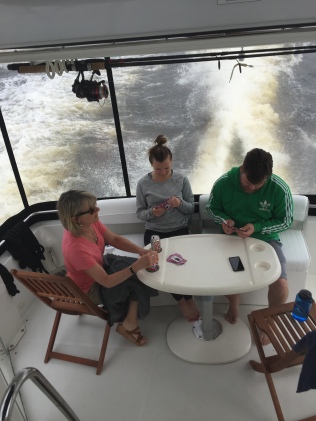 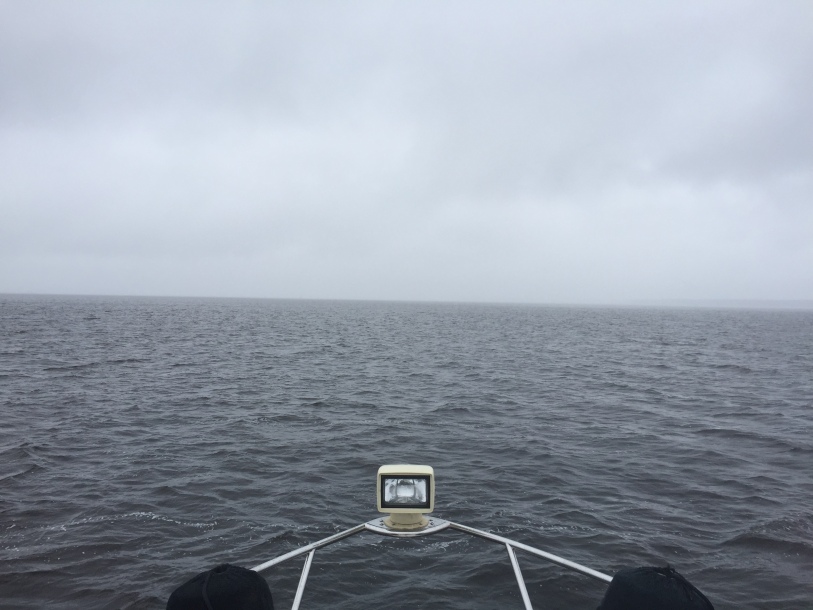 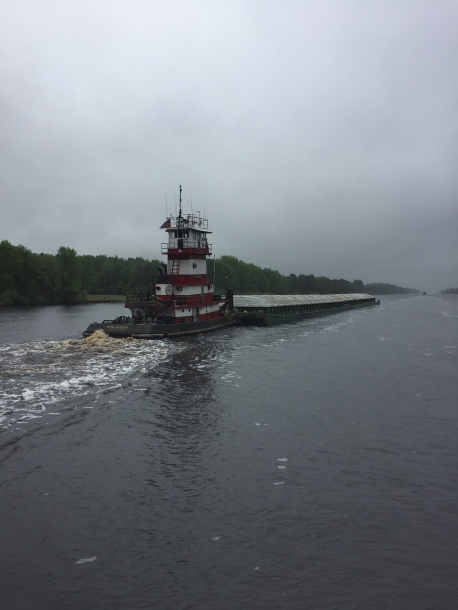