August 19, 2016 – We left Michigan City and headed to Chicago.    The weather was with us and it was a nice 3 hour ride to the Windy City.    Our Marina was the 31st Street City Marina, and it was just completed within the year.   This was probably the largest marina we have stayed at with over 1000 slips.    With a big rock sea wall, it was a great place to stay and very convenient to downtown.  Kelly was also in town for a work related event, and caught up with us for the weekend.

Chicago is a great town – we took an architecture boat tour down the Chicago river, which we will be headed down with Evening Star in a few weeks.  There is lots of history here, with the great Chicago fire, and the turn around of the  city from a pretty polluted, more industrial environment to a now very clean place with tons of parks and things to do. 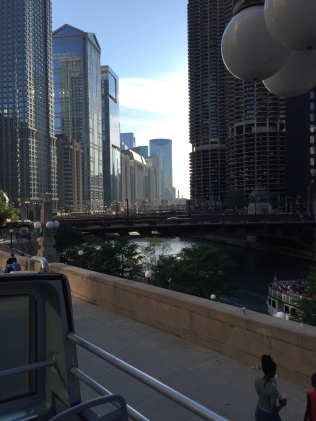 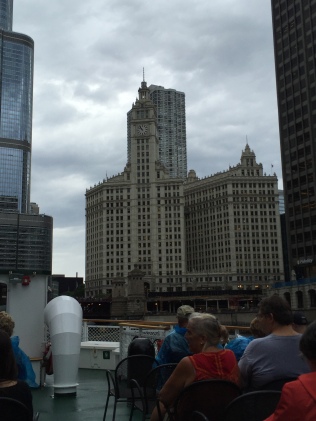 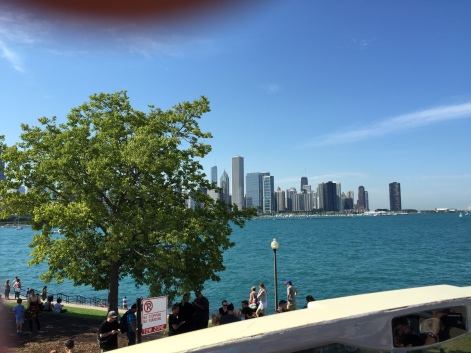 Our first night we saw a concert at Pritzker Pavillion, and one of the bands was from Chapel Hill, NC – go figure!   We also toured the Planetarium, Field Museum, and the Science Museum.    Navy Pier was another stop, and certainly busy and touristy.    A favorite was the Hancock tower ( a thousand feed or so tall), and Kelly and Mike went to the top of the Willis (Sears) Tower, 1350 feet in the air. 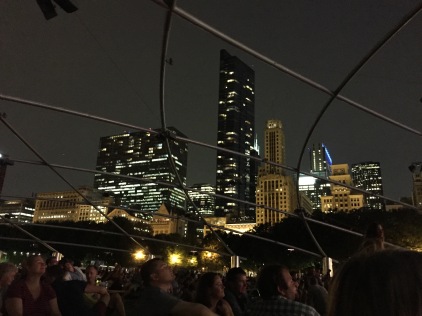 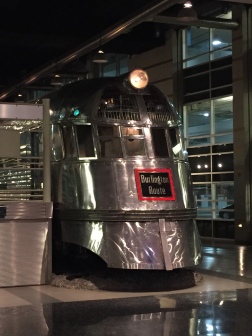 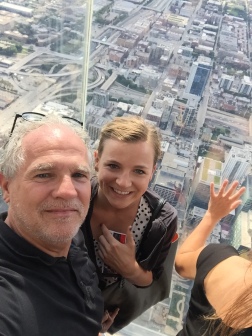 We also took our go to excursion for all the big towns we have been in – the Big Bus tours with the double decker bus.  It was a bit sunny though!

One of our favorites for the trip was a place called Eataly.  It’s a restaurant/shop for Italian food that is amazing with the varied and interesting items within.   Eating here a couple times was a must for us!

Bob and I stayed a few extra days to take the boat up the Calumet River to a spot that is more affordable for a few weeks.    The boat will get some needed maintenance still lingering from the Great Propeller Incident(s) of 2016!

On the day Donna left for home, we toured the Science Museum and within, the only U-boat that was captured in WWII.    It has been placed in an underground venue, and is still in original shape.      From there, Donna headed to the airport, and going through security the metal detector went off (necklace).   They of course used the swab thingy to check for explosive residue, and Voila! the machine went off.    Assumed Terrorist Donna had to go to a room and be searched and all the belongings in her bag were removed and searched.    We decided that you should REALLY wash your hands well after touring an old U-boat that had all sorts of chemistry in it BEFORE you go to the airport.  Pretty funny, and I am sure she is on a terrorist watch list now!

Next up – Bob and I will return in late September with Wayne who will join us for the ride through Chicago and down a part of the Mississippi.