April 23, 2016 – Kelly, Donna and the Broad’s joined us for a afternoon cruise to Cape Lookout lighthouse.   Out in the deep dark ocean for hours!  Not really, out in the ocean about 1 mile or less from shore, in 30 feet of water…..

We also met a number of loopers at the dock.  At one point, there were 5 boats that were doing the loop, some halfway around and others, like us, just starting.   To show that all types of boats do the cruise there were trawlers, express cruisers, new swift trawlers, and another Carver.    We also had a Coast Guard Cruiser come to the dock so the Coasties could get a bite to eat.

Nice folks all, and some of the boaters are going to the America’s Great Loop Organization conference in Norfolk, where we are headed on the 28th. 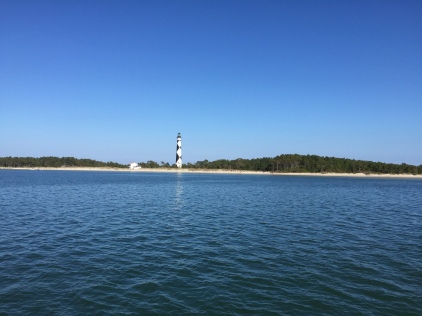 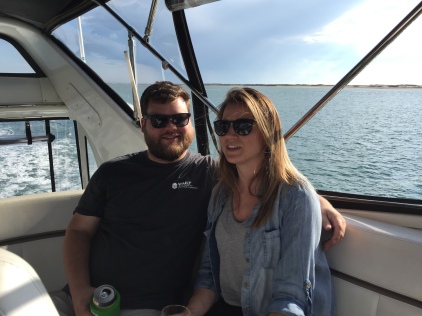 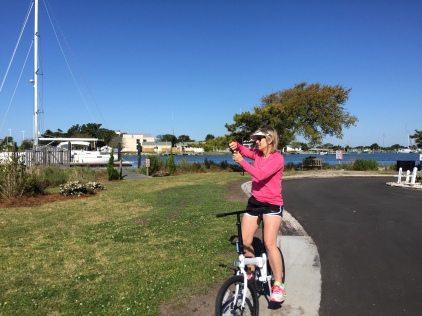 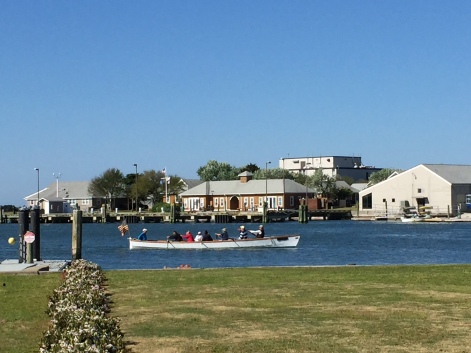